Consulate-General of Japan in Seattle 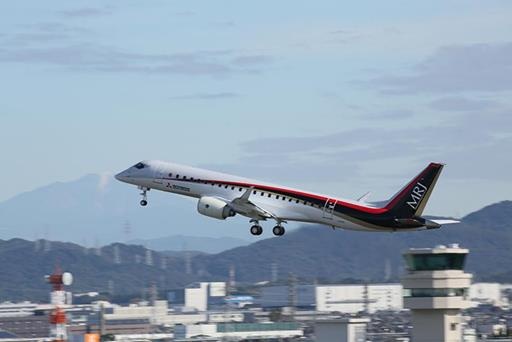 The MRJ will be a game-changer for the short-haul commercial air travel market around the world by offering many revolutionary features to increase operational efficiency and passenger comfort.

The significance of Wednesday’s first flight is being felt on this side of the Pacific, as well, where U.S. airline customers are responsible for a majority of MRJ orders. Additionally, Washington’s aerospace industry is supplying many of the parts for the jet and Grant County International Airport in Moses Lake will serve as the base for U.S. flight testing scheduled to start in the second quarter of 2016. MITAC and its partner AeroTEC opened the Seattle Engineering Center in July to provide technical support for U.S. certification and flight testing activities. MRJ is expected to start its first delivery in 2017.

It has been said that Boeing’s 787 Dreamliner is made with Japan and now the MRJ “is being developed and made with the State of Washington and the U.S.,” according to MITAC president Morimoto. The MRJ is symbolic of the deep and growing aviation partnership between our two countries, being supported right here in Washington State.

Please enjoy highlights of the first flight with the video at the following link: https://youtu.be/W5PPW2IUTrI

We look forward to seeing the MRJ over Seattle and in Washington skies soon!