Moses Lake is a three-hour drive from Seattle, but this small Central Washington town of about 22,000 has received a lot of attention lately.
Moses Lake was selected to be the U.S. base for flight testing of Japan’s first passenger aircraft—the Mitsubishi Regional Jet (MRJ)—and preparations are progressing toward starting flights this year. Of the five MRJs being produced for flight testing, one will remain in Japan and the other four are coming to Moses Lake. Japan’s test jet will wear the colors of All Nippon Airways (ANA), the MRJ’s launch customer, and “MRJ” will be seen only in the paint schemes of the four jets coming to Moses Lake.
Besides this, the deep relationship that Moses Lake has with Japan is not well known. Here is an introduction of the town that will soon be the U.S. home of the MRJ.

1. From Agriculture to Clean-tech

Moses Lake’s main industry is agriculture with products including potato and bean crops. Over the past fifty years, agricultural trainees from Japan have come every year for training at the local Big Bend Community College.
In recent years, however, Moses Lake has undergone a transformation into a high-tech town with a facility that produces carbon composite material for BMW electric cars, data centers that support Dell, Yahoo and Century Link, and expansion by Japanese companies including Tama Chemicals, Nippon Chemi-Con Corporation, Fuji Chemical Industry Company, and the Takata Corporation. Electricity rates in Moses Lake are extremely low at 2-to-3 cents per kilowatt (about a tenth of the cost in Japan) and this is provided mostly by very clean hydroelectric sources, attracting a steady stream of companies.
Moses Lake and Yonezawa City in Yamagata prefecture formed a sister-city partnership in 1981, and the two have continued exchanges since then. 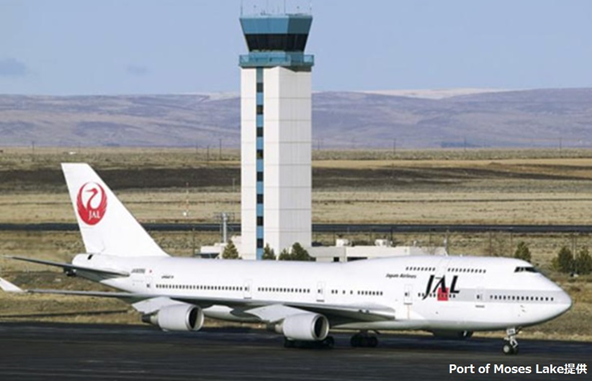 Are you familiar with the drama “Shiroi Kassoro” (White Runway) where Japanese famous actor Jiro Tamiya plays a pilot? (It was created even before this writer was born.) The opening features a JAL 747 performing a touch-and-go landing at Grant County International Airport in Moses Lake. This airport was used from 1968 for around 40 years to train JAL pilots, as there was no training area big enough for a jumbo jet in Japan.
JAL invited many local residents to Japan and brought Japanese flight attendants to host scenic flights for local children. This was probably the first flight for many people. There were few noise complaints from the locals, but more importantly it is not difficult to imagine that it served as a means to strengthen cultural ties, making many people fall in love with Japan.

3. Japan is back with the MRJ!
Moses Lake’s Grant County International Airport has five runways, including one over 4,000 meters (over 13,000 feet) in length, and it even has been designated as an alternative landing site for the Space Shuttle. With good visibility 340 days a year and no scheduled flight service, Grant County International Airport is the ideal hub for flight testing. Japan’s airports and airspace are congested with unreliable weather and the test aircraft are being transferred to Moses Lake as soon as possible to keep the MRJ’s progress on track.
Once in Washington, it will be possible to carry out frequent test flights in a favorable environment, which will be essential for accelerating development. Facilities, including a hanger, have been completed and Mitsubishi Aircraft engineers are gradually arriving at Moses Lake. With all of this activity starting in earnest, waiting for the arrival of the test aircraft is all that remains. 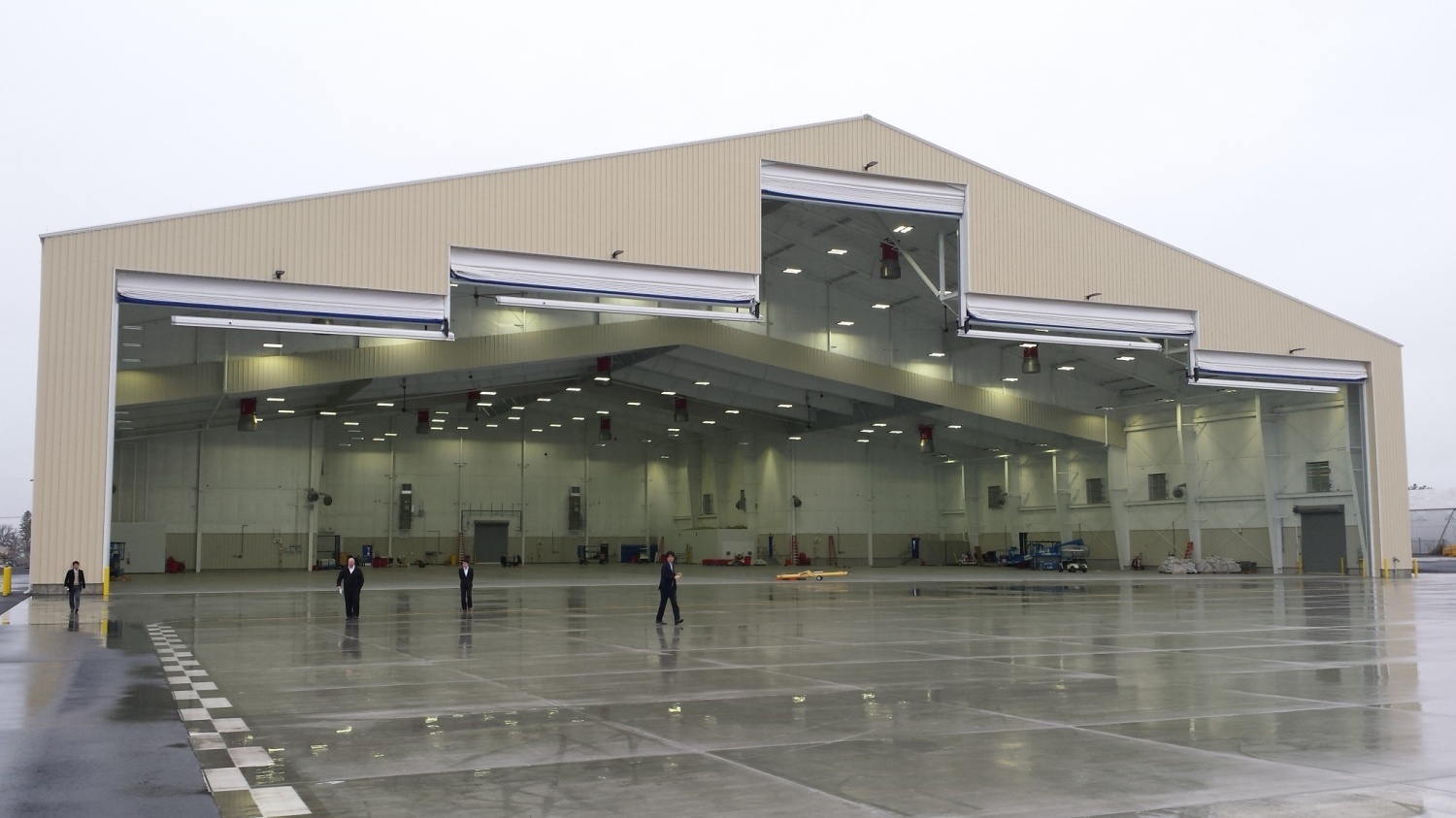 Grant County International Airport is a former Air Force base that was transferred to civilian use fifty years ago, and officials with the Port of Moses Lake are considering a ceremony and have remarked on how great an honor it is to greet the MRJ during this anniversary year.
The understanding and cooperation of the Moses Lake community is indispensable for the success of test-flight activities. Fortunately, there have been deep relations between Moses Lake and Japan for many years, which was something that was imparted to this writer by an elderly American woman who spontaneously shook hands as a friendly gesture during a trip to the town.
“I am so glad that Mitsubishi has selected Moses Lake as its U.S. flight test hub. Ever since JAL left, I have been looking forward to the day ‘Japan is back.’”
On May 31, the second flight-test aircraft made a successful first flight, and the MRJ’s arrival is steadily approaching. The MRJ will become a symbol of a new bond between Japan and the U.S. when it arrives in Moses Lake, and everyone is invited to take part in welcoming the aircraft and sharing the joy of this moment. 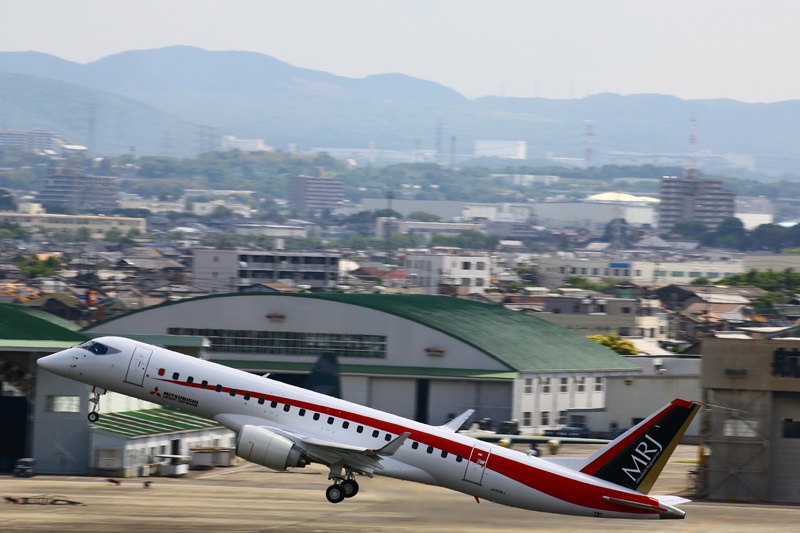