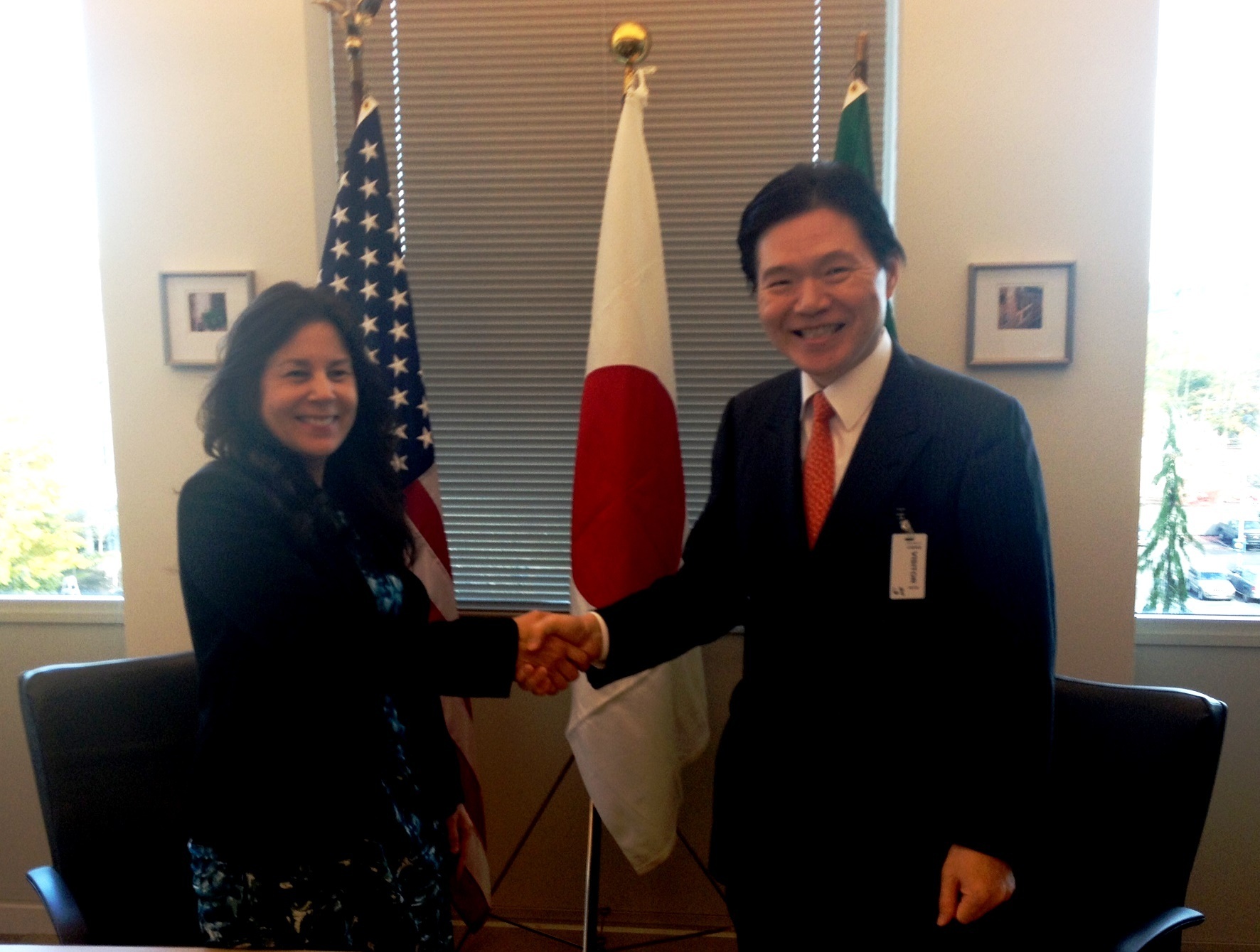 This MOC exempts the holders of driver’s licenses issued by the relevant authorities in Japan and Washington State from having to take knowledge and skill examinations when applying for driver’s licenses from the other authority in accordance with the respective laws.

The MOC reduces the burden of applying for driver’s licenses and enables a quicker transition to life for individuals and their families coming from Japan, promoting exchange between the U.S. and Japan. In June of this year, the Government of Japan and the State of Washington also signed a memorandum of cooperation on economic and trade relations, and today’s signing of the driver’s license MOC is an opportunity to strengthen ties between both sides even further.

The reciprocal partial exemption of driver’s license examination is planned to take effect from January 2017 and will only apply to noncommercial driver’s licenses. The Consulate’s website will be updated when details have been finalized.