Top > Partnership Agreement: The Museum of Flight and Gifu-Kakamigahara Air and Space Museum

Partnership Agreement: The Museum of Flight and Gifu-Kakamigahara Air and Space Museum

On September 14, 2021 (local time), the Gifu-Kakamigahara Air and Space Museum and the Museum of Flight (Seattle) signed a partnership agreement to contribute towards the development of knowledge in the aerospace field and promote mutual understanding of history and culture.

The agreement’s signing ceremony was held online due to the influence of the pandemic.

The partnership will promote the circulation of valuable exhibits, a mutual exchange of curators, and will create new opportunities such as special exhibitions, which are expected to contribute to the further development of knowledge in the aerospace field. In addition, looking to the future, both museums are concentrating on space- and STEM-focused exhibitions and educational programs, giving the next generation of pilots, engineers, and astronauts hope and inspiration.

In 2016, Japan and the State of Washington signed a memorandum of cooperation on economic and trade relations. It is expected that this partnership agreement between the museums will continue to strengthen economic and cultural relationship between our two regions. 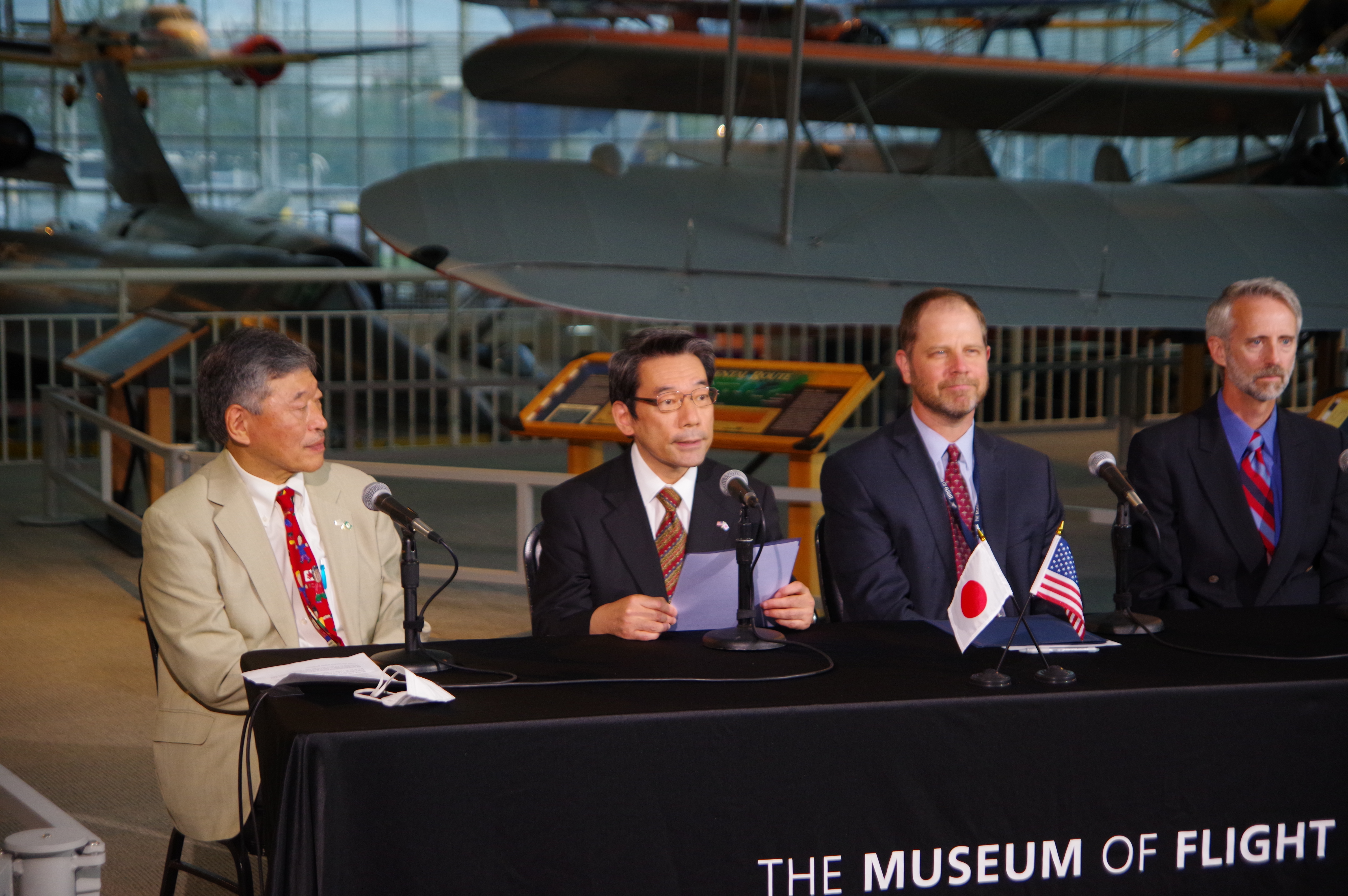