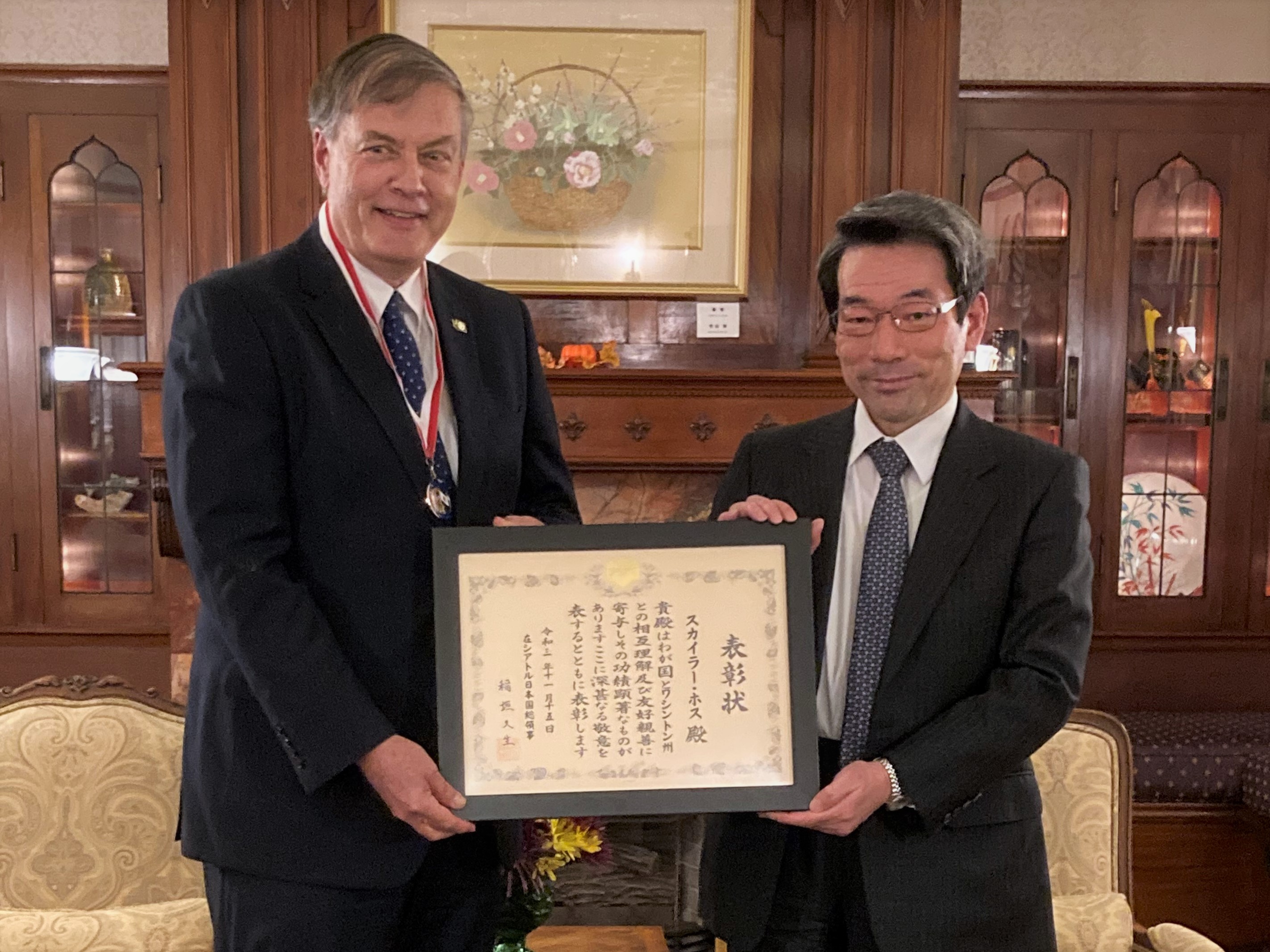 On November 15, Consul General Inagaki presented the Consul General’s Award to Mr. Schuyler Hoss for his efforts and overall contribution toward the further development of Japan-Washington State relations and the promotion of mutual understanding between Japan and the United States.

Mr. Hoss is leaving his role as Director of International Relations and Protocol (Offices of the Governor and Lt. Governor), a position he has had since 2013. During that time, he has been a key figure in strengthening the relations between Japan and Washington State, facilitating meetings with visiting dignitaries, representing the Governor at Consulate-hosted events, and contributed to Governor Inslee’s successful trip to Japan in 2015.

In 2016, he was central in coordinating the signing of the Memorandum of Cooperation on Economic and Trade Relations between Japan and Washington State by Ambassador Sasae and the Governor, which was extended in 2018.

In addition, in the 1970s he worked under then Congressman Daniel Inouye, making efforts and acting as a bridge for Japan-U.S. relations.

Presenting Mr. Hoss the award, Consul General Inagaki thanked him for all his work promoting and strengthening these ties and conveyed gratitude for all his assistance to the Consulate. 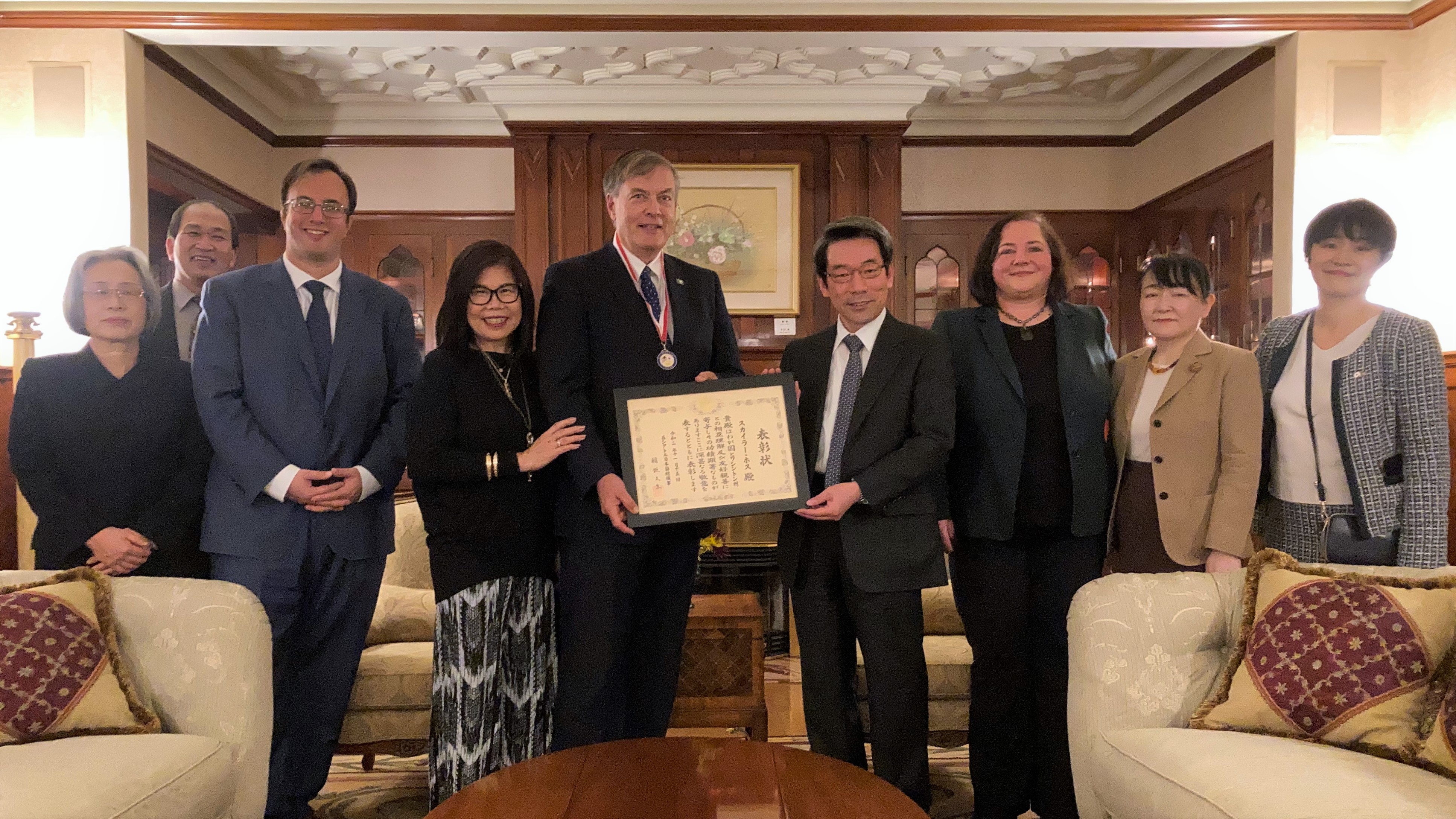