On December 1, 2020, the Ministry of Foreign Affairs of Japan announced the recipients of the Foreign Minister’s Commendation for 2020. Seattle Japanese Garden and Panama Hotel (Japanese American Museum of Seattle) were among those selected for this honor.

The Seattle Japanese Garden is an authentic Japanese garden completed in 1960 and is co-managed and co-operated by the Arboretum Foundation and the Seattle Parks & Recreation with the help of many volunteers. Tea ceremony demonstrations, classes and tea parties at the Shoseian teahouse, Japanese painting classes, Japanese garden lectures and receptions at the Tateuchi Community Room, and Tanabata and Tsukimi celebrations in the garden are being held year around, helping to disseminate Japanese culture in the region. In the past, it has also hosted "Children's Day" events and art exhibitions by the Japan Foundation and has been loved by the people of Seattle for many years as a stage for international exchanges and a place to learn Japanese culture. The Japanese Garden celebrated its 60th anniversary this year.

Panama Hotel is a hotel built in 1910 by a Japanese architect. The hotel was used as a winter shelter for Japanese immigrants who worked at farms and sawmills, and as an inn for travelers. During World War II, it was used as a temporary storage for those who were forced into incarceration camps. Many trunks and household goods that were not claimed after the war are still in the underground storage area to this day. In addition, the hotel retains the structure of the 110-year-old Japanese-style public bath called "Hashitdate-yu," which is the only existing Japanese-style public bath or "sento" in North America. The hotel was designated as a National Historic Landmark by the Department of Interior in 2006, and as a National Treasure by the US National Trust in 2015. Currently, the hotel is managed by its owner and manager, Ms. Jan Johnson. 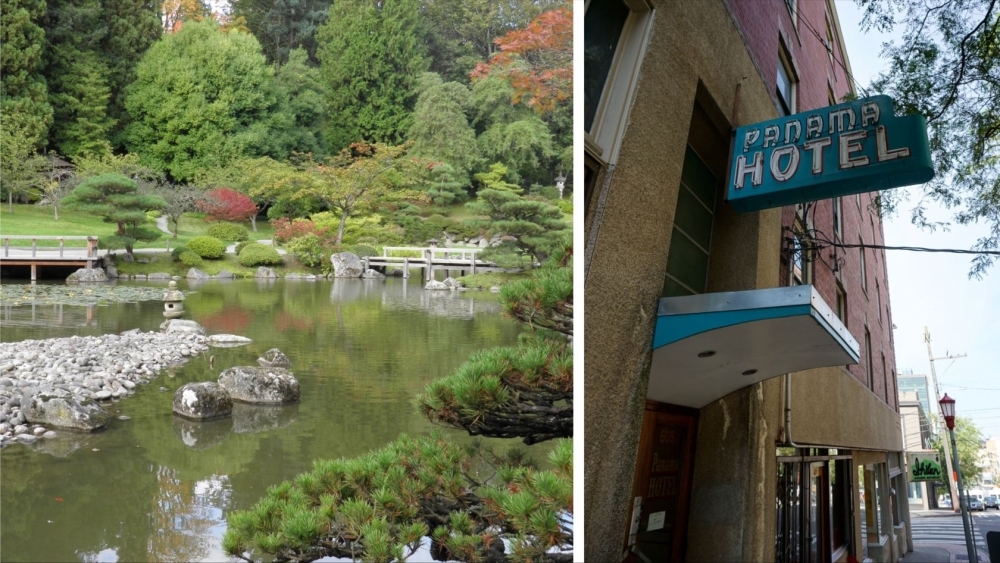