2021/9/16
In the evening of September 1, the presentation ceremony and reception for Panama Hotel’s receiving of the Foreign Minister’s Commendation was held at the Official Residence. The Panama Hotel (Japanese American Museum of Seattle) was built in 1910 by Sabro Ozasa, a Japanese architect, and housed Japanese immigrants. Moreover, during World War II it was a temporary storage for the belongings of Japanese Americans who were sent to incarceration camps. The suitcases and furniture that were never retrieved by their owners still reside in the basement of the hotel.
At the event, Consul General Inagaki reiterated the contributions that Panama Hotel made towards Japanese and Japanese American history and presented the award in recognition of its service in promoting mutual understanding between Japan and the US and contributing to the furtherance of friendly relations between Japan and foreign countries, which was announced on December 1 last year, to Ms. Jan Johnson, owner of Panama Hotel. The presentation was followed by a reception, and participants, including Mr. Schuyler Hoss, Director of International Relations and Protocol at the Office of the Governor of the State of Washington, celebrated the occasion. 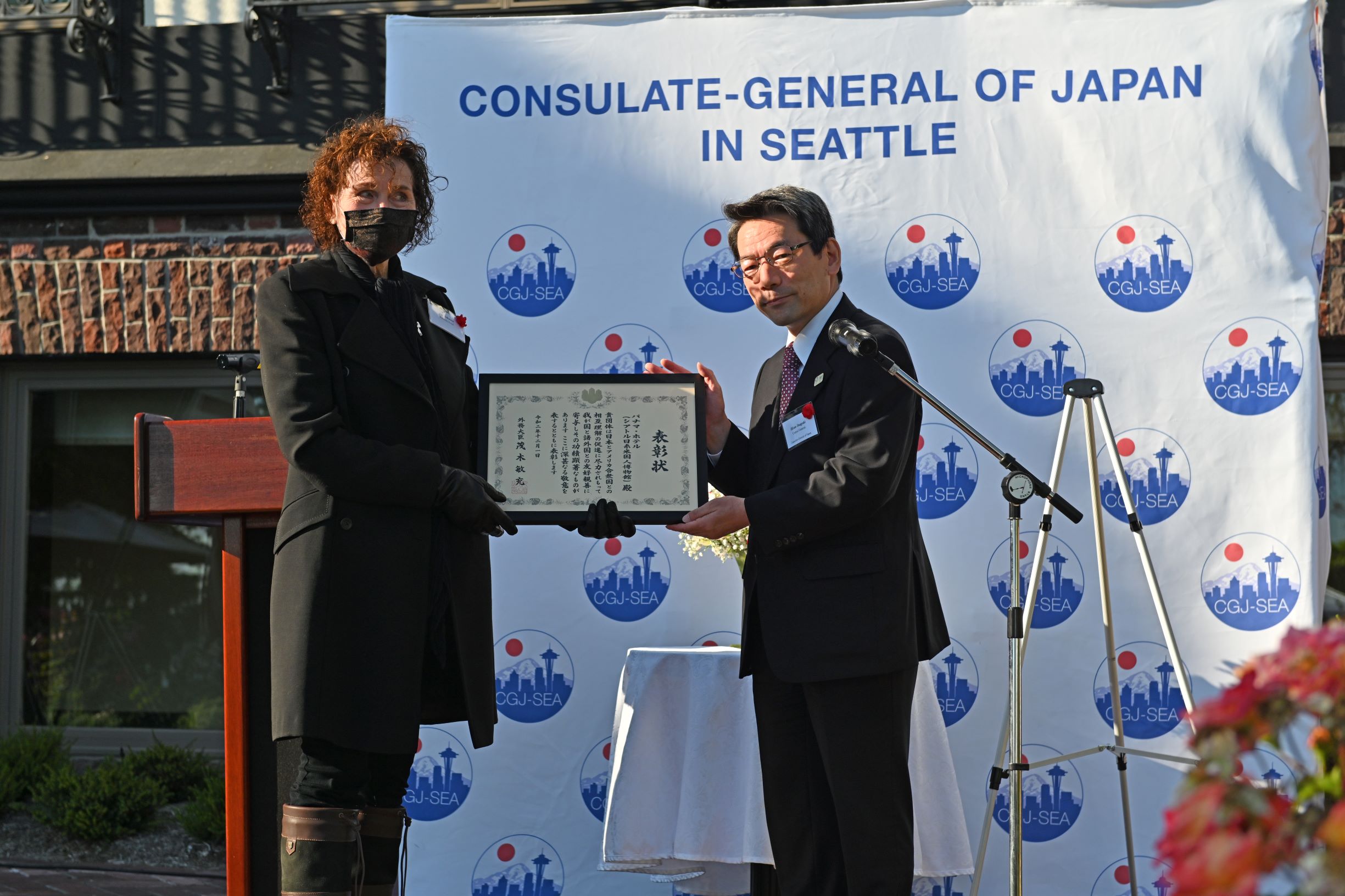 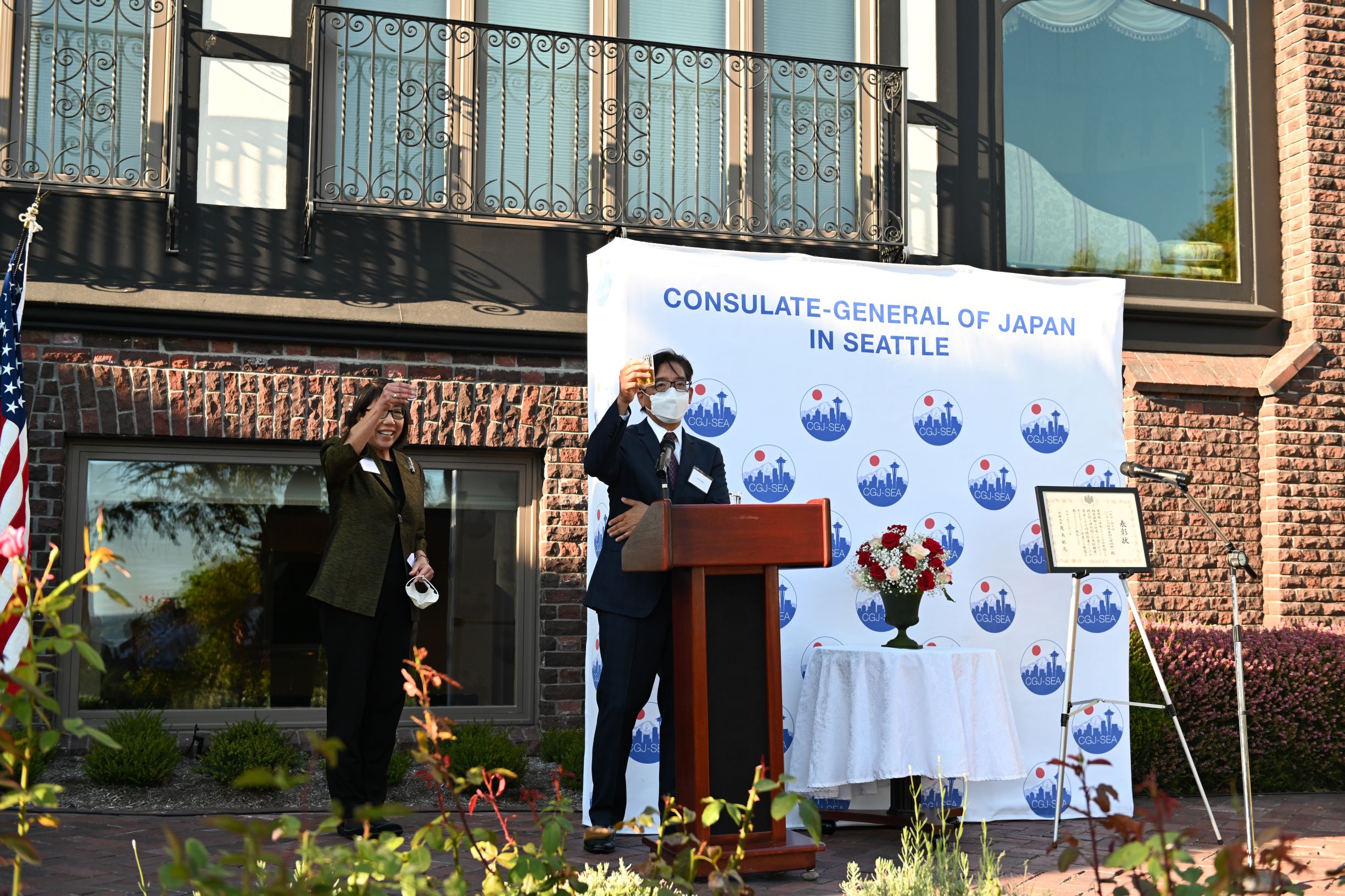 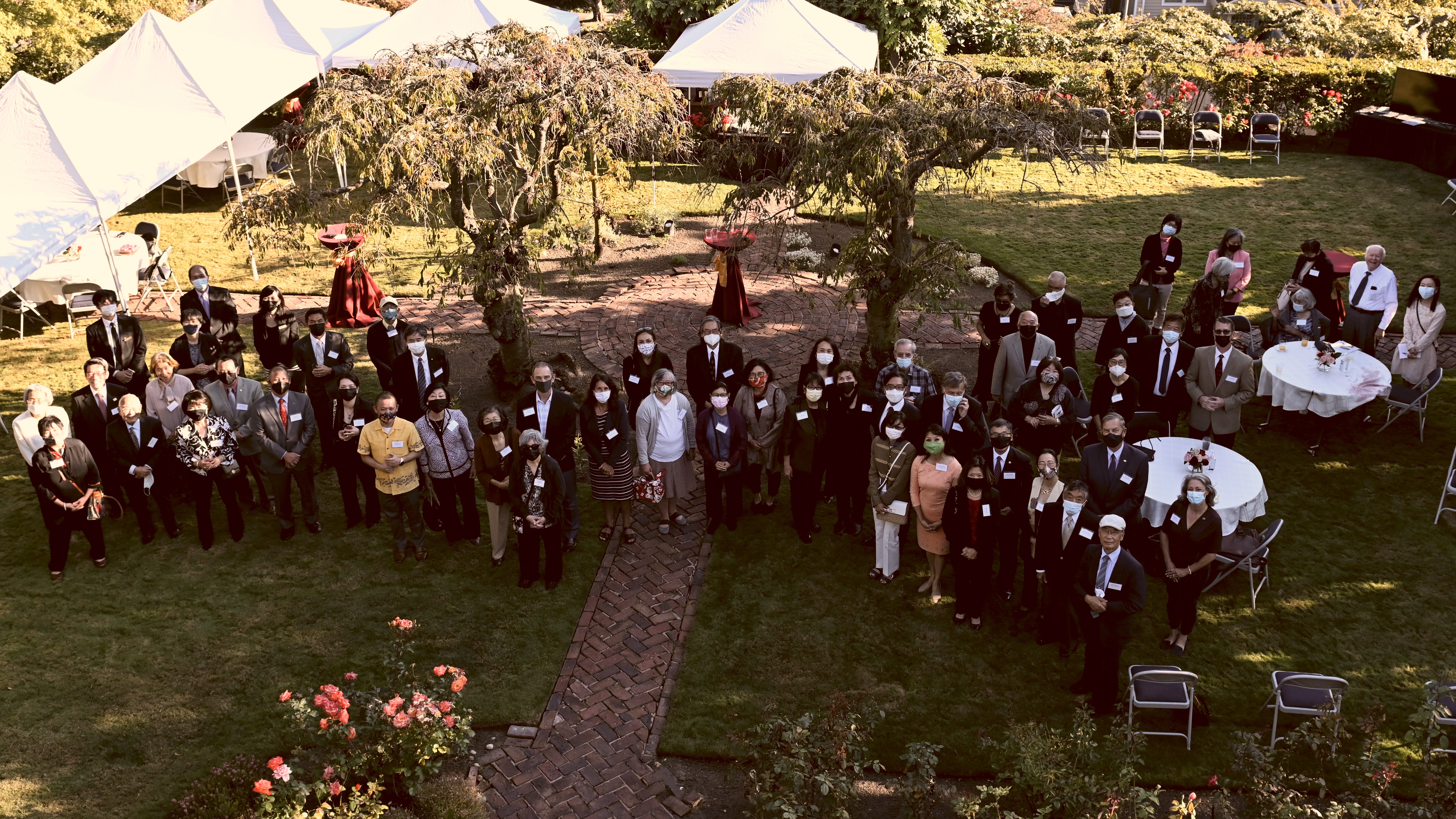 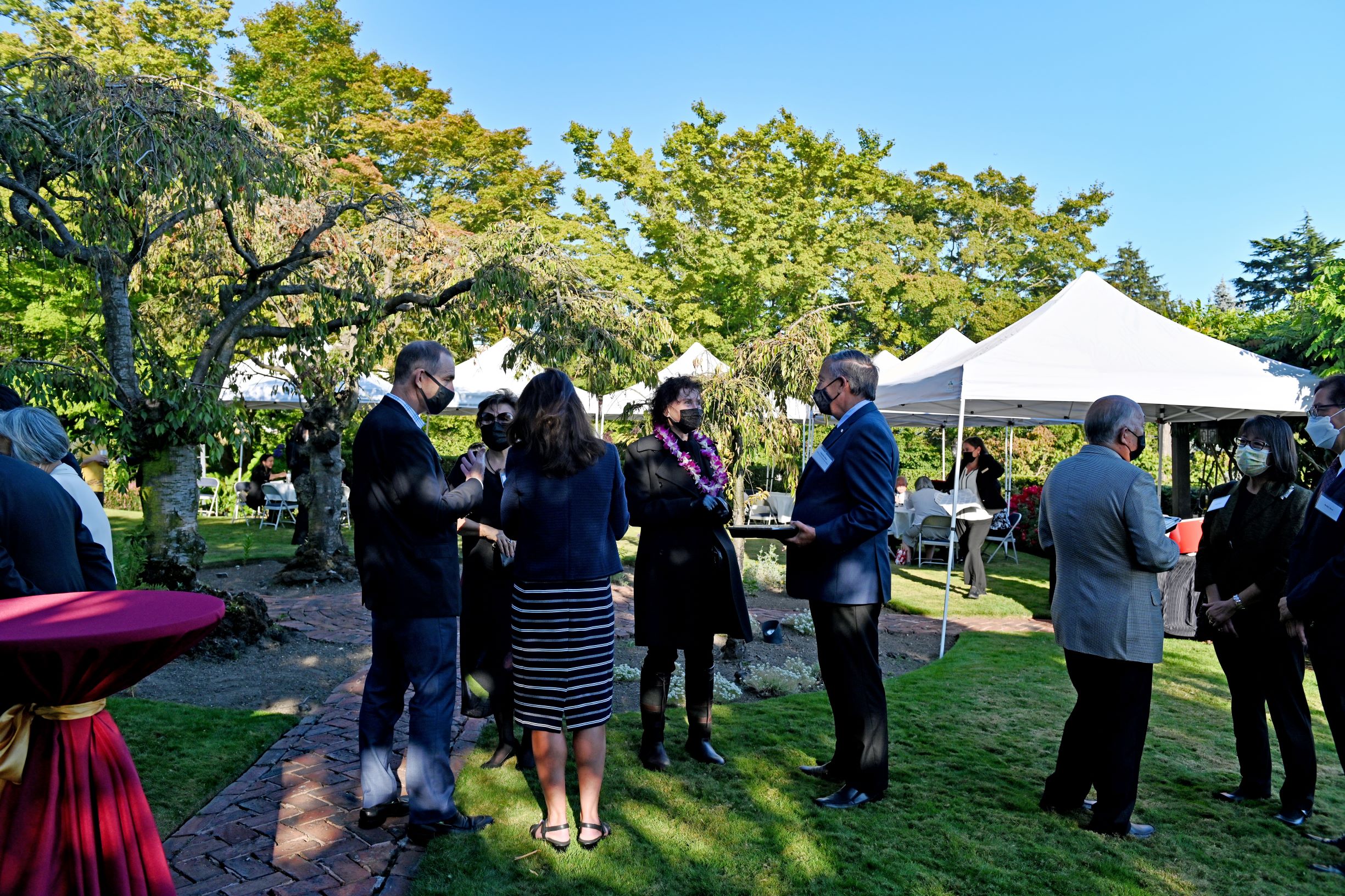