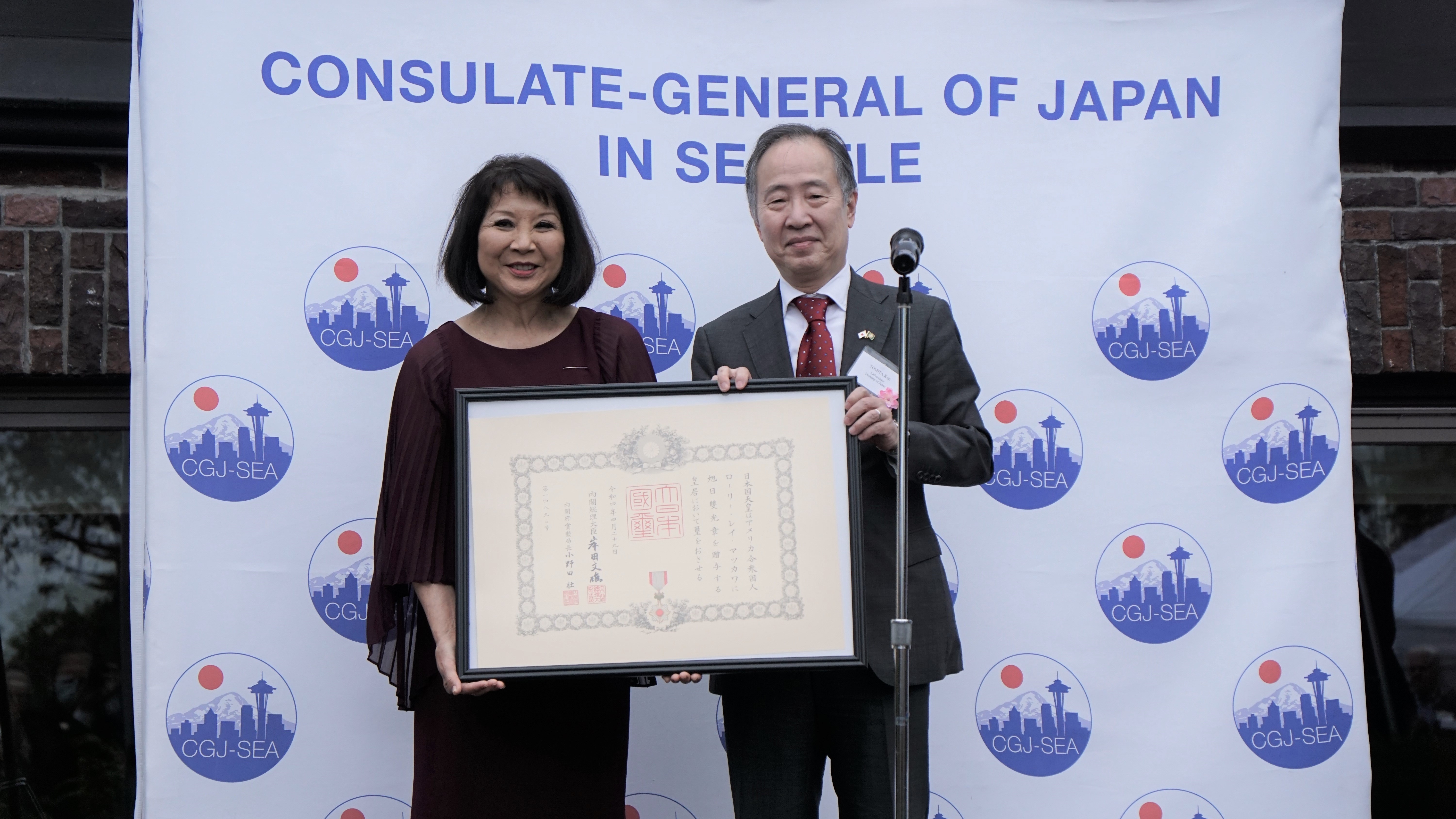 On June 29, 2022, a conferment ceremony and reception were held at the Official Residence to congratulate Ms. Lori Lei Matsukawa, former KING-TV news anchor, former president of the Japanese Cultural & Community Center of Washington, for her receipt of The Order of the Rising Sun, Gold and Silver Rays. Ambassador TOMITA Koji, Ambassador of Japan to the United States who was visiting to Seattle, Ms. Matsukawa’s friends and relatives, regional government officials, Japanese American community leaders, and many others were in attendance. Ambassador Tomita expressed his appreciation for Ms. Matsukawa’s contributions and formally conferred upon her the Order. Ms. Matsukawa expressed her gratitude for the honor and spoke about her work as news anchor and her activities for promoting cordial ties between Japan and the United States including her co-founding the Japanese Cultural & Community Center of Washington. 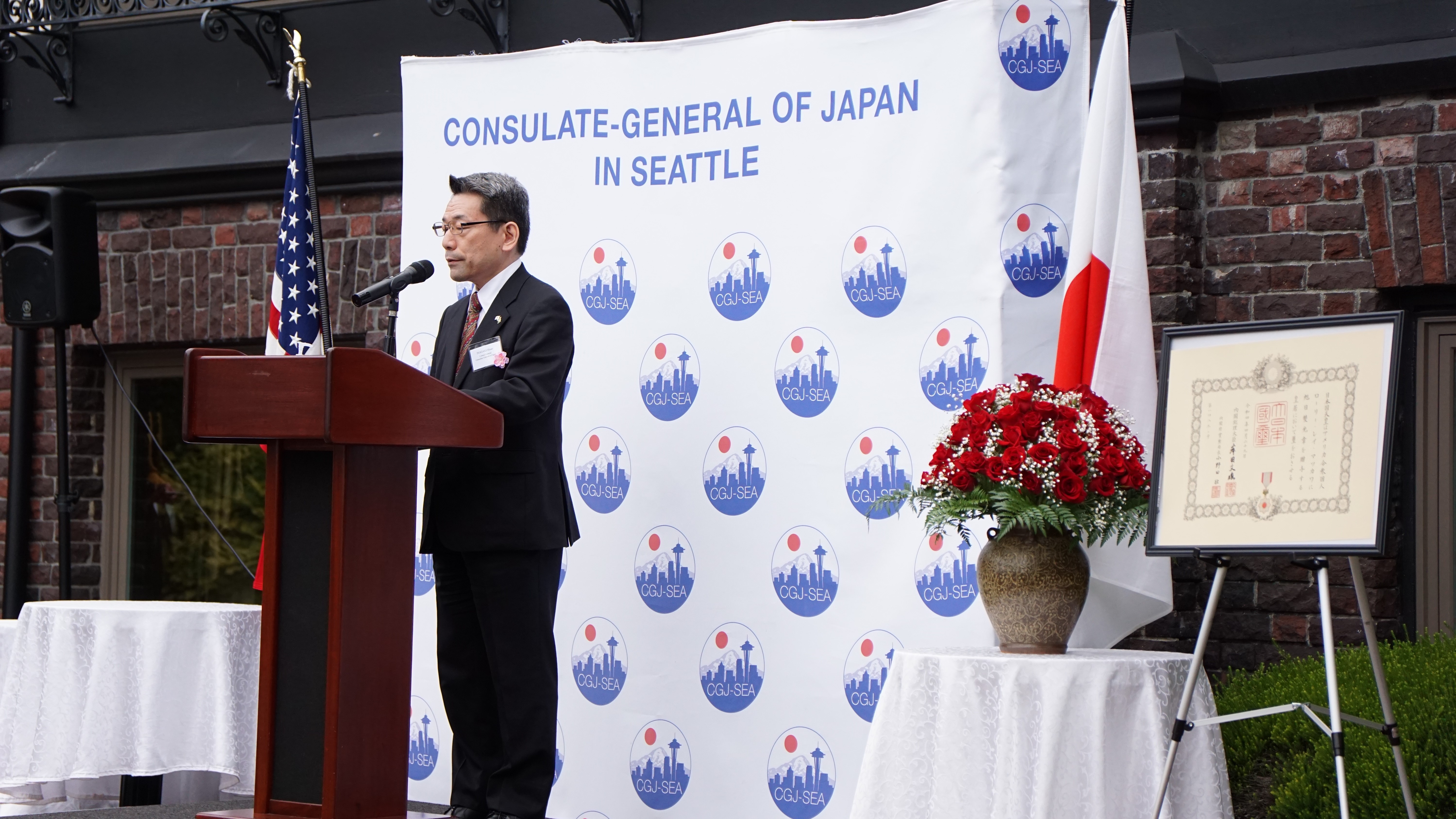 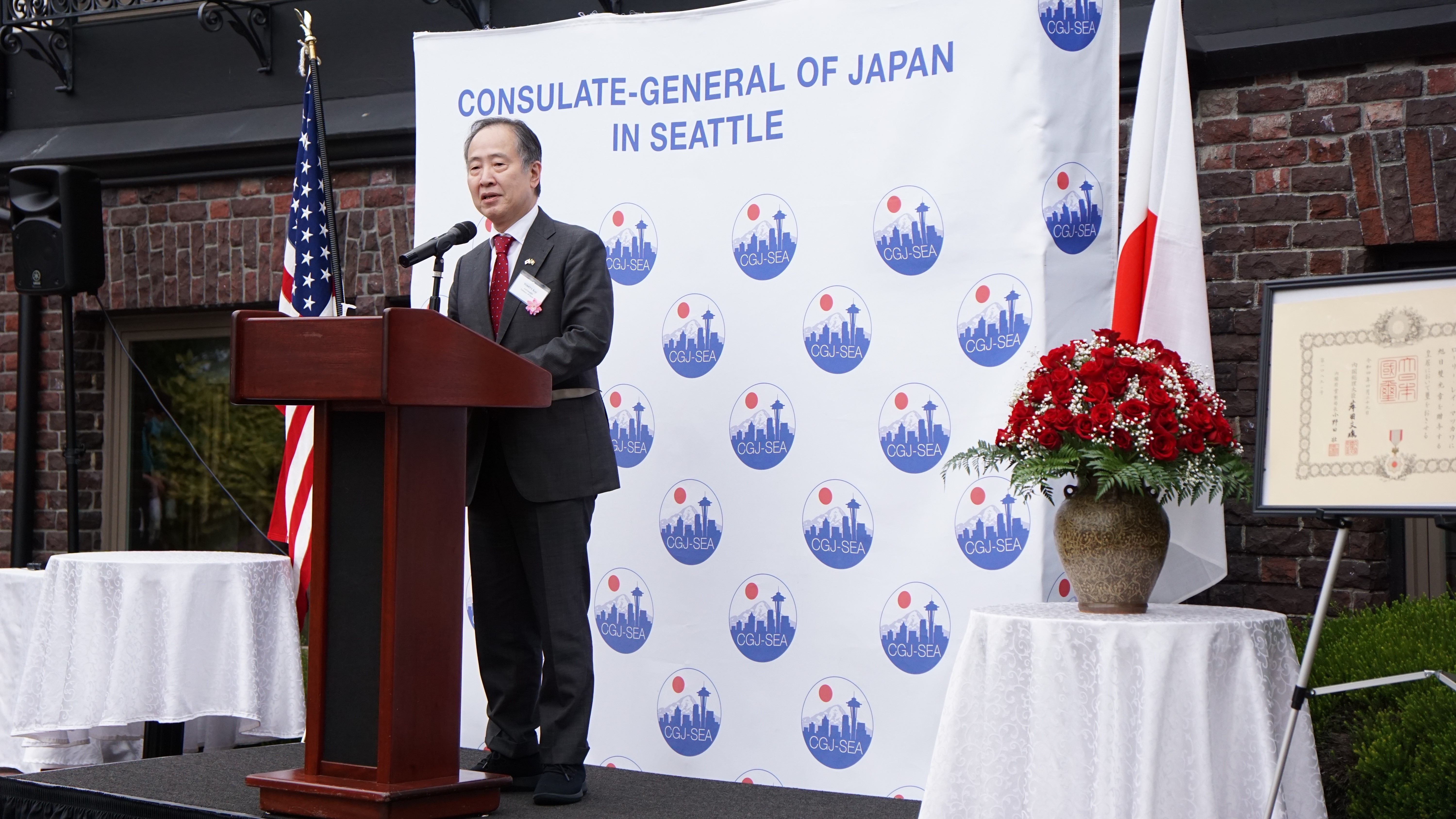 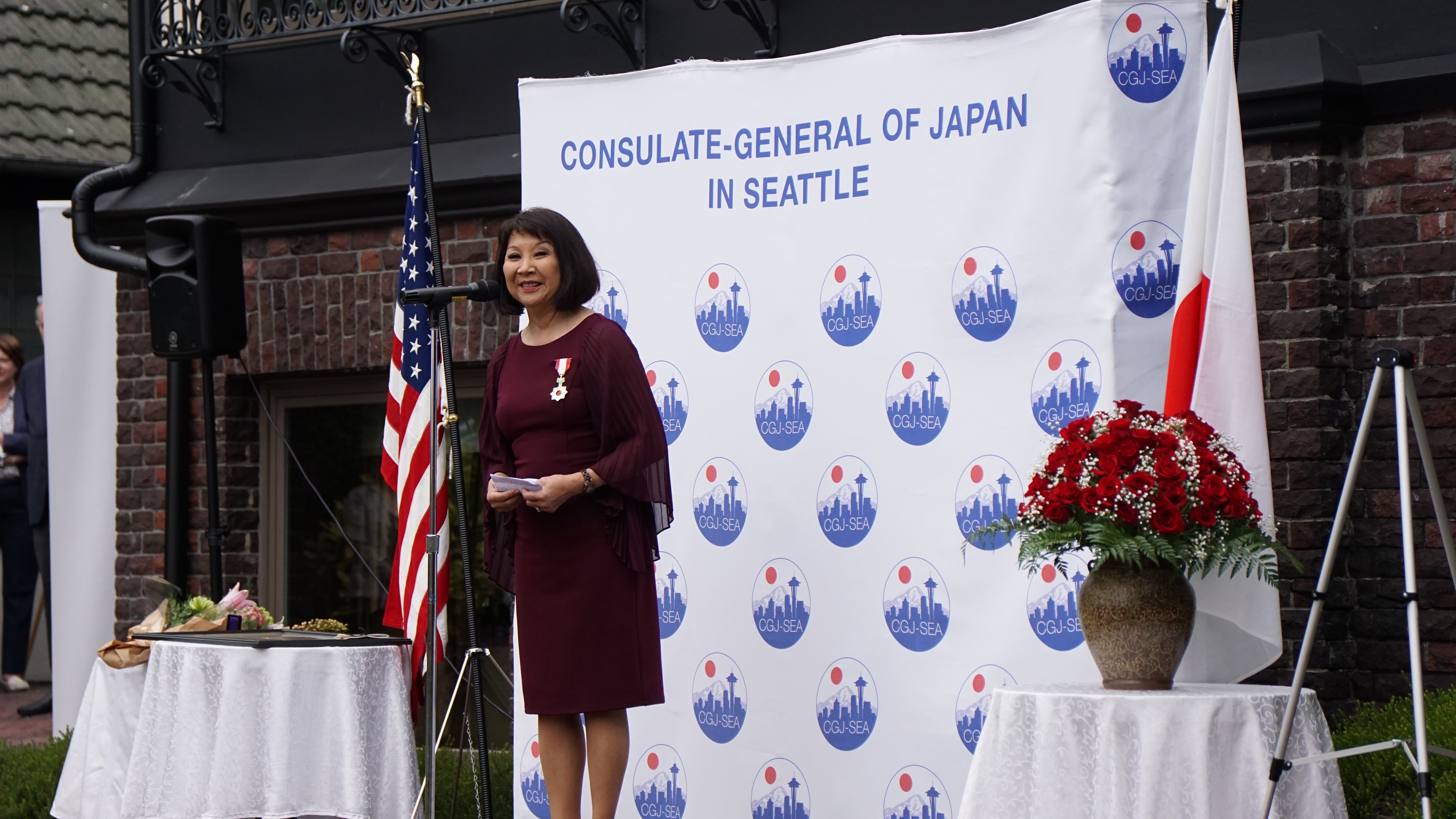 The reception at the Official Residence