Japan-Washington Relations (As of September 2020) 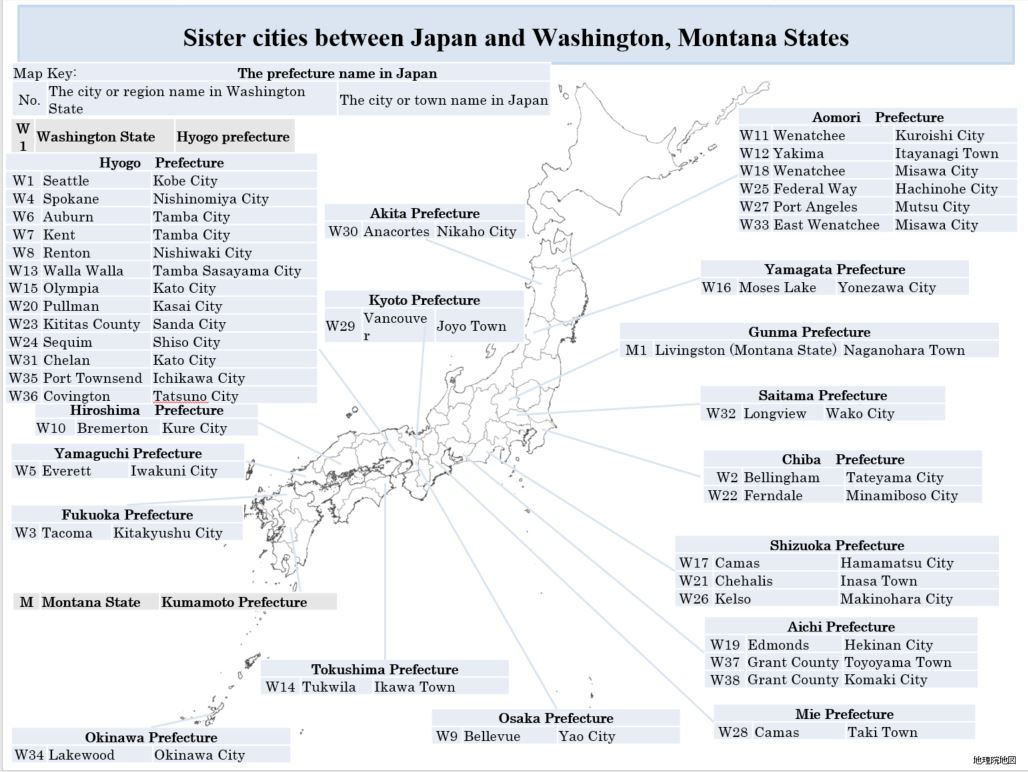 Map of Japan with the Washington, Montana, and Northern Idaho sister cities. Numbers correspond to list below.

At present there are no sister city relationships in Northern Idaho. (Source: The Council of Local Authorities for International Relations (CLAIR) as of November 30, 2019)